On Sunday, October 23, beginning at 4 pm, Junction Center founder Kathy Navis invites you to walk the labyrinth, sit around the bonfire and enjoy some delicious food from Greens N Grains Deli, followed by sharing a very special musical experience inside the Studio. 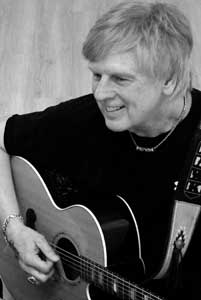 From 7 – 9 pm, Dennis Hawk will lead a shared musical experience known as Kirtan, featuring Sanskrit mantras set to fresh melodies and sounds. Kirtan is intended as a holistic healing experience designed to bring participants into a more organic form of meditation, either in stillness or in motion. One of the oldest of sacred sound traditions, Kirtan’s call-and-response chanting involves Satsang, an ancient Sanskrit term that describes the community that exists between an assembly of people who listen to, talk about, and assimilate their impressions of truthfulness.

It was more than ten years ago that Kathy Navis was practicing yoga with a group that met in the basement of Melissa Nelson’s former chiropractic office in Sturgeon Bay. She didn’t intend to become a yoga teacher, but when the instructor who had been commuting from Green Bay decided to stop coming, the group was left without a leader. They asked if Kathy would take on the role, so she proceeded to get her yoga teacher certification, but still had no intention of opening her own studio or to teach more than a couple of classes.

At the same time she was selling her business, the former Imported clothing store in Egg Harbor. She wanted to move out of the upstairs apartment and had been searching for a farm-ette.

“I had pretty much given up the search when my realtor called and said, ‘Kathy you have got to see this farm.’ It soon became Junction Center,” says Kathy. “The previous owners, Dick and Barb Kolpack were blacksmiths and did metal sculpture so they had remodeled some of the barn and had built the lean to, which is now the yoga studio, as a blacksmith shop.”

When Kathy walked into that former blacksmith shop she immediately realized it was the perfect yoga studio. She went home with her head spinning and then decided to act. She made an appointment to meet with the owners and walked in with all sorts of statistics on comparable sales and other bargaining tactics and came to meet Dick, all 300 lbs. of him standing behind an anvil with a huge hammer in his hands.

Kathy says, “He was not interested in any of my info, but when I proposed a price that was in their ballpark he said, ‘Do you drink coffee? I roast my own beans’ and the next thing we were sitting around the kitchen table crafting an agreement that everyone was happy with.”

In July of 2001 she began working with a local carpenter to turn the blacksmith shop into a yoga studio. They added skylights, patio doors and a large picture window looking out over the meadow in the back. The floor was a concrete slab which Kathy was determined to turn into a heated floor. She did the research online and spoke with contractor friends to come up with a plan… one that unfortunately included hauling all of the concrete in 5-gallon buckets to create mass for the heating system. She called some friends including Wence Martinez and his son, to help create a day long bucket brigade.

Much has transpired over the past ten years and now Junction Center Yoga Studio is a mainstay, with regular classes for all levels of practitioners. Yoga has also transformed here in Door County with the general public coming to realize that practicing yoga is one of the most enjoyable forms of preventive medicine you can undertake.  On Sunday, October 23 Kathy Navis invites you to celebrate a ten-year anniversary.

Dennis Hawk, a Cherokee of Mesquaki descent, a pipe carrier and teacher of Native American spirituality, is also a well-known singer, songwriter and story-teller who plays guitar and Native American flute. He does a superb job of sharing his Kirtan insights and knowledge of Sanskrit chanting, its purpose and how it may affect you in order to deepen your own understanding and spiritual experience with Kirtan. There are no prerequisites or religious beliefs needed to participate in Kirtan, just bring an open heart and mind and join in by lifting your voice or just sit back and listen to how the music, vibration and meaning impacts you physically, mentally and spiritually.

If you want to experience yoga at Junction Center, Kathy is teaching a new beginner’s 4-class session starting Monday, October 31, from 9:30 – 11 am. Junction Center Yoga Studio is located at 7821 Junction Road, (just off County Hwy. A, north of Jacksonport).